I came up with this new feature on my blog called GET THE LOOK, where I will pick random look I have put-together and worn, then break it into pieces in an illustration form (such as the one below) to serve as a clearer inspiration for my viewers/readers.

I will also try and explain why I have done such decision and what other alternatives can be thrown into the look. 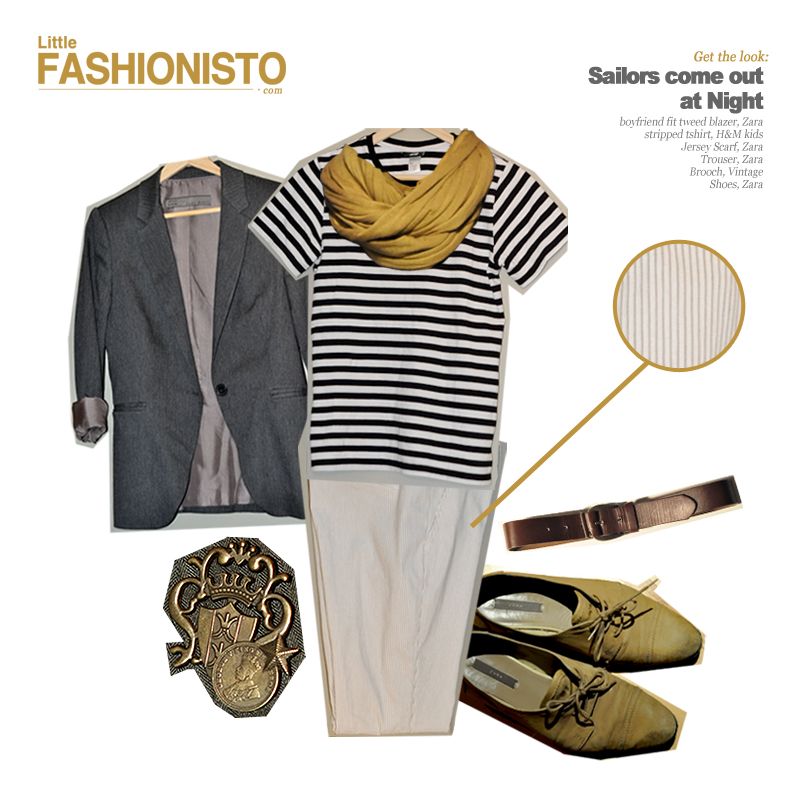 This is another look ‘neutral’ look that I put together. I’ve been seeing a lot of neutral and muted pallets on the runway this season — such camel brown, gray and classic black. Since they are such basic colors, and can pretty much be worn all year round, I easily found pieces in my closet to create this look.

Notice the Horizontal and Vertical stripes combo. I have heard myths never to combine these 2 patterns together because they will clash. The said combination were often discouraged to avoid the risk of having a ‘pattern-confused’ outfit. However, I say it is all about contrast and variety. If you want to wear horizontal and vertical stripes together, think contrast in terms of color, size and details. As you can see on the photo above, the t-shirt has bigger stripes, therefore it grabs your attention faster. The pants however has tiny little stripes with narrower gaps. The color of the lines and the pants were also very neutral and quiet therefore making the trousers sit in the background, right behind the tshirt.  This creates a perfect harmony between the pants and the t-shirt instead of a distracting criss-cross. Refer to the illustration below.

You see how the illustration in the middle and the right lacks hierarchy. Both patterns are evenly strong, therefore both fighting for attention. The illustration on the far left, however, gives you a perfect distinction between the two patterns/garments.

So next time you walk into that door, and someone tells you it’s a Faux Pas to wear vertical and horizontal stripes together, tell them it isn’t IF DONE RIGHT.

One thought on “Sailors come out at Night”